The video installation works upon sexual motives, the dualism between life and death, as well as Estonian and Austrian myths. The hoarding has a practical function, on the one hand it protects the gadgets against theft and on the other, due to its placement/installation in the space, narrates of the otherness and rebelliousness of the cited mythical figures – the Estonian Näärisokk and the Austrian Hobagoaß. Outside the fenced in space, completely unlit, a part of a wooden frame is set which had formerly been used to lay out the bodies of Estonian artists in the institution’s space, as well as an Estonian poem in which a strange place in a forest is mentioned: 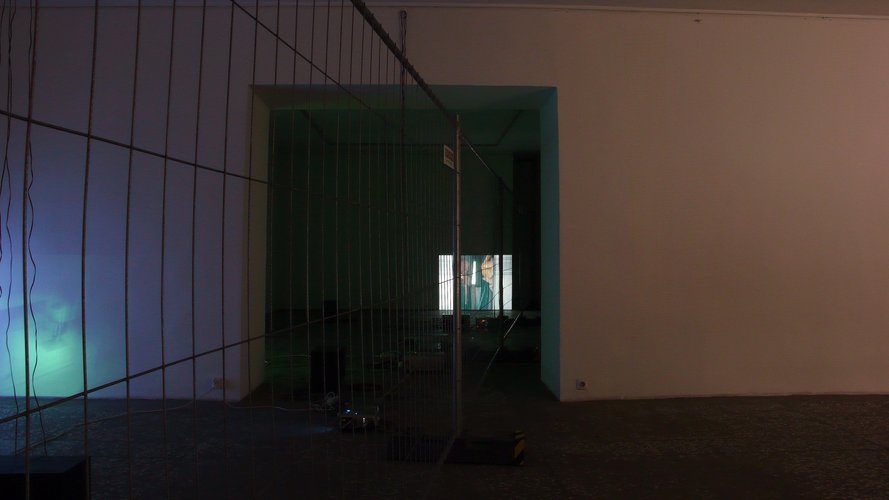 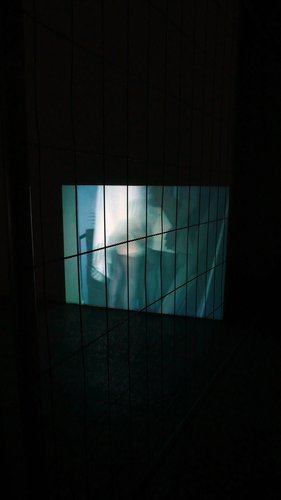 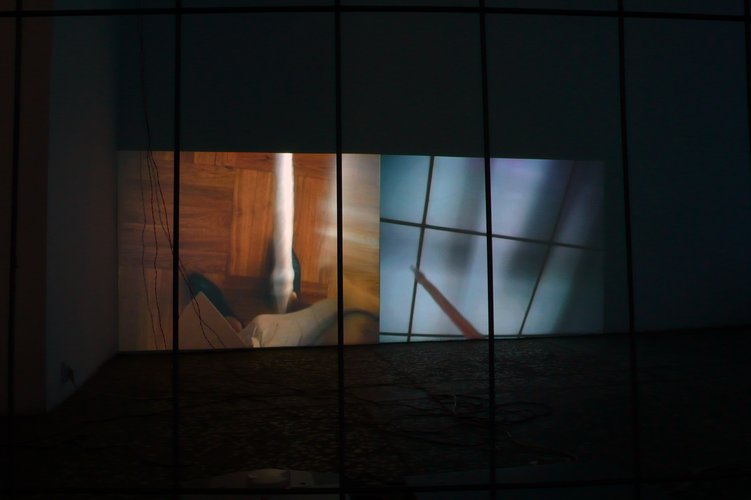 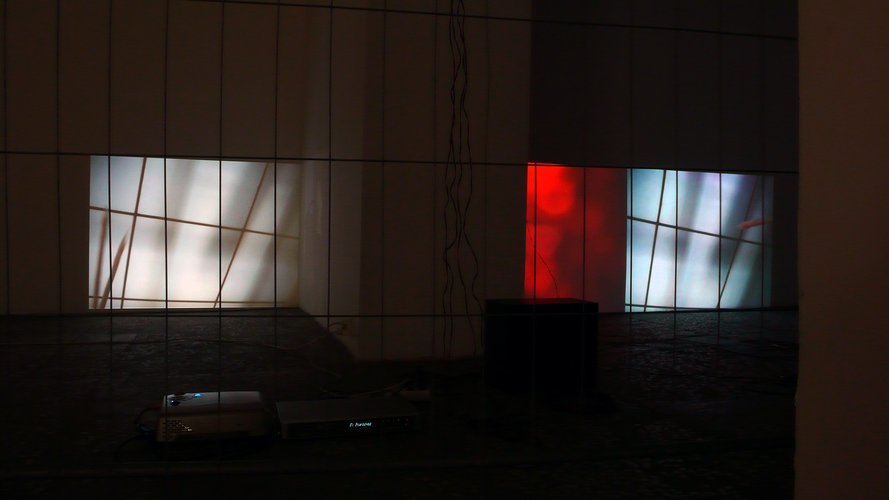 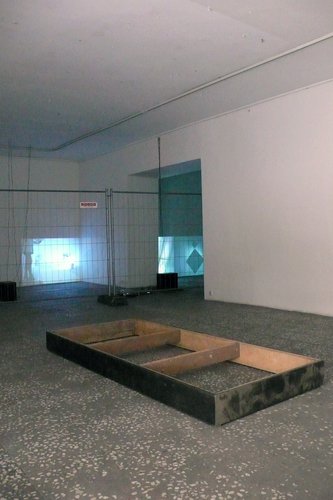 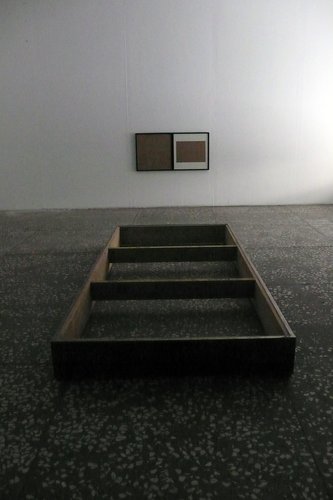 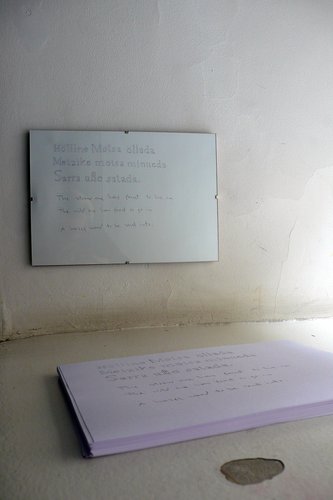